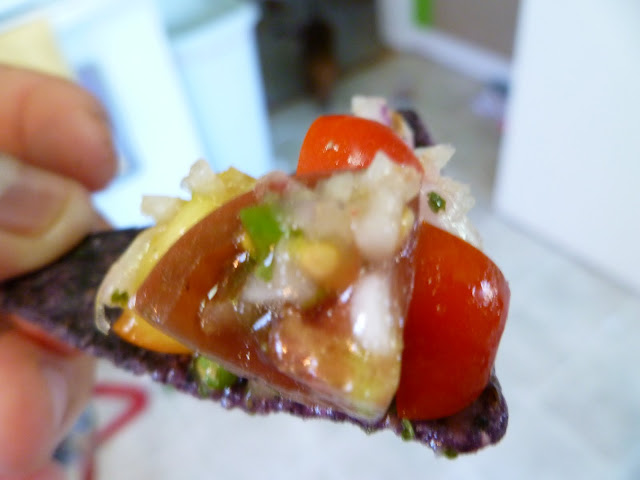 Tomatoes have come into season and now's the best time to take advantage of them!
I used to think I didn't like tomatoes. As a kid, I didn't even like ketchup that much, and I thought it was always rather bizarre when my relatives would cut a thick slice of tomato, sprinkled lightly with salt and pepper, and dig in like it was a juicy ribeye. It was even weirder when they seasoned it with sugar or simply bit into it like it was an apple. What was that about?
But then I got older and I realized that you can make incredibly delightful dishes with fresh tomatoes. Pale, out-of-season tomatoes that fast food restaurants put on burgers just can't compare to the fresh acidity of a garden-grown tomato.
It's amazing the things you like as an adult that you found repulsive as a kid, isn't it? I think every adult should try a dish they disliked as a child. But a grown-up version made with fresh ingredients--no processed food allowed. My husband thought he hated scalloped potatoes. He'd grown up on the "just add water" type made from freeze-dried potatoes, dry bits of "meat", and powdered milk. Then he had scalloped potatoes made from milk and fresh potatoes, with chunks of real ham, and he decided that scalloped potatoes weren't so bad after all.
There are two things I like to make when given a pile of fresh tomatoes--caprese salad and fresh salsa. Because I was in the mood for some spice, I went the salsa route. 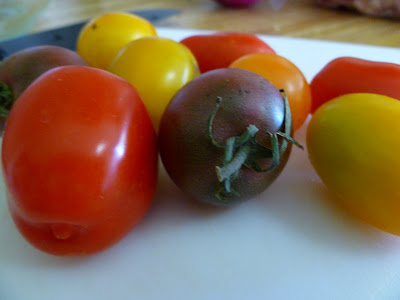 Look at these beauties. Isn't it incredible the many colors food can come in? 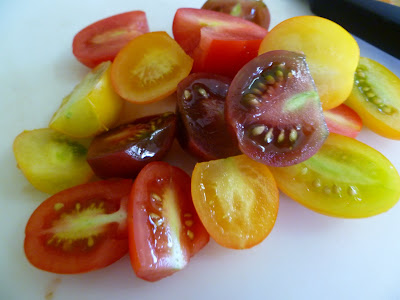 I like to halve them first. They look so pretty inside. 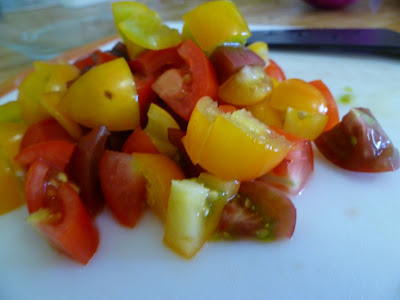 Then I dice them into a small, colorful mountain.
The next four ingredients are as important to salsa as the tomatoes. 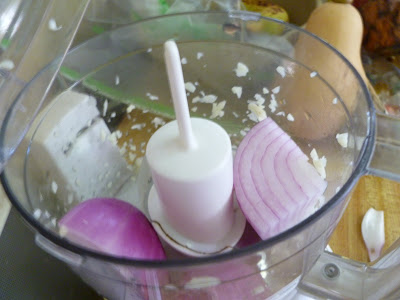 I send half an onion and two garlic cloves through the food processor. I promise, I do chop vegetables myself! I happened to make this on a day that I was making something else that needed the food processor for onions and garlic, too, and ended up tossing in enough to make both recipes. Rachael Ray uses the "use twice, chop once" rule, so why can't I? 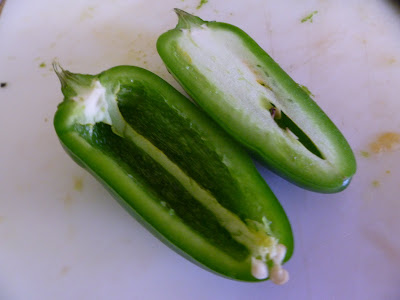 Next, I halve and seed a jalapeno. You don't need to seed it if you like heat, but I find that it's sort of hit-or-miss on the heat level of these, and I'd rather add head (through hot sauce or more pepper) rather than having it be way too spicy to start out with. 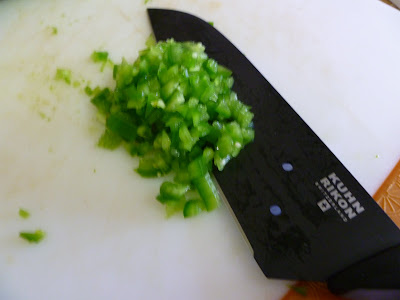 Mince it up. If you wear contact lenses, I'd recommend using plastic gloves. It takes a long time for your eyes to stop stinging after you touch them with jalapeno fingers. Once I cut my finger while working with hot peppers and I couldn't sleep that night; the cut stung that much, and even after washing my hands dozens of times and soaking my hand in a glass of milk, it still burned. 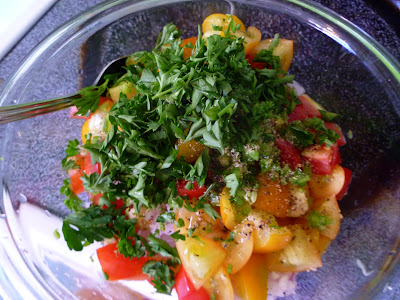 Finally, the fourth ingredient is fresh cilantro. People say they don't like fresh cilantro, and I can't imagine why. It adds a crunchy, fresh, green flavor to this salsa. And it smells like freshly mown grass sprinkled with cracked black pepper.
If you still don't like cilantro, I suppose you could use parsley.

And, for you observant folk, yes, that is parsley in the bowl. I accidentally grabbed parsley instead of cilantro. They were right next to each other and in identical packaging, and I was in a hurry. Sigh. Buying parsley when you mean to get cilantro is one of life's little disappointments. I added a couple shakes of dried cilantro, but it's just no the same. Not by a long shot. 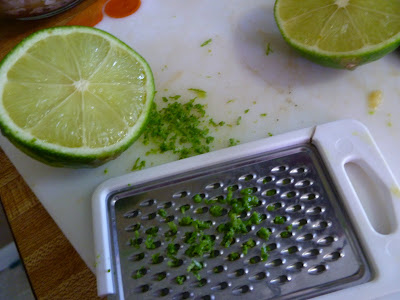 Zest a lime while you're thinking of things that are green.
Combine everything in a big bowl. Crack some pepper, squeeze the juice out of the lime, and drizzle some olive oil over the top.
What about salt? you may be asking.
Well, here's the thing. I don't like to add salt unless the salsa's going to be eaten in its entirety right away. The salt will draw out the water in the tomatoes, leaving you with a puddle at the bottom of your bowl and slightly mealy tomatoes. Just make sure you buy salted chips, or eat the salsa in one sitting if you do choose to salt it.
In the blink of an eye, you've made a bowl full of the best fresh salsa you've ever tasted. There's no recipe posted for this because salsa is one of those "personal preference" recipes. Some people don't like onions or garlic. Others will want it super spicy. If you want to add some roasted flavor, you could roast some of the tomatoes, garlic, and jalapeno over the grill or in the oven before adding them. Or, for a milder spice, you could use chipotle in adobo sauce instead of the fresh jalapeno. Make it heartier by dicing up queso fresco or monteray jack cheese. Take this recipe and make it yours. Buy an extra bag of chips to go with it--you'll need it. 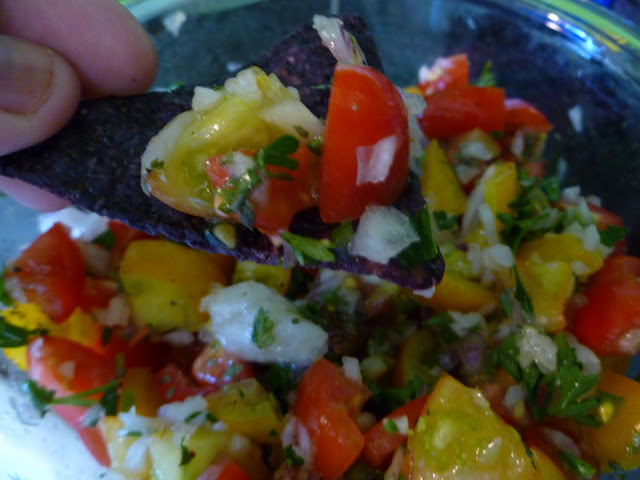