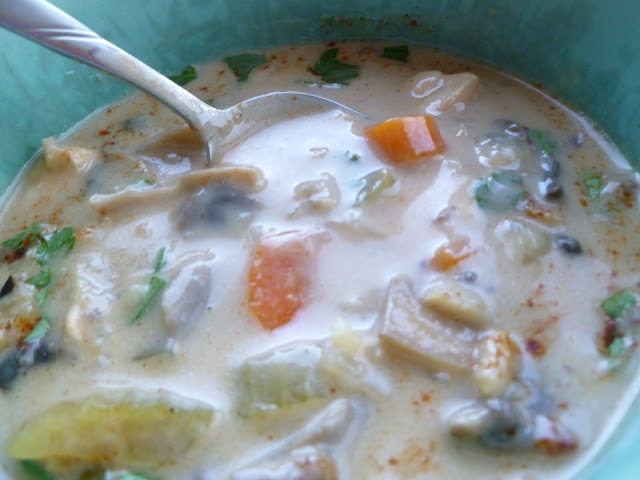 It's been a veritable cold snap here! On Sunday, the temperature reached the mid-to-high 90s and the humidity was at least 80 percent. Today it's around 83. To celebrate the onset of autumn (yeah, right), I'm gracing the blog with my recipe for chicken and wild rice soup.

This soup is amazing. Filling and fabulous. You'll never eat soup out of a can or from That-Bread-Place-That-Sounds-Like-A-Heavy-Metal-Band-Except-It's-Missing-A-T restaurant again. 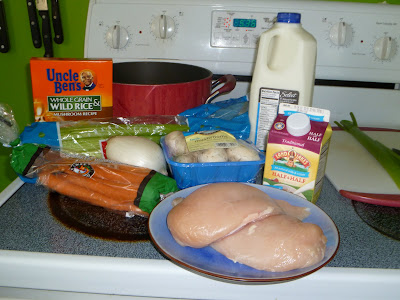 Here's the lineup (minus chicken stock, butter, and flour, because I forgot those, and there wasn't much room for them in the picture anyway. 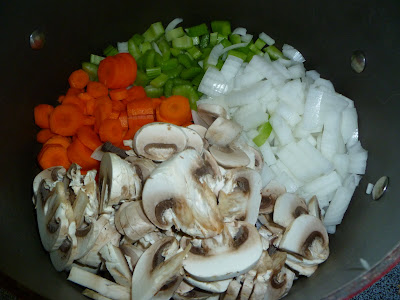 Chop carrots, onion, celery, and mushrooms. I like my soups hearty. 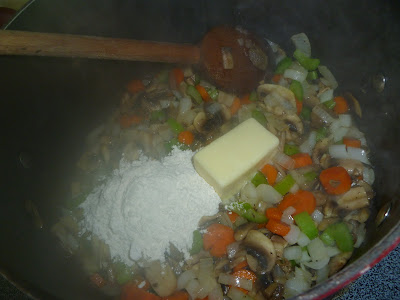 Saute the veggies in enough olive oil to coat. When the veggies get wilted and sauteed, add in an equal amount of butter and flour, to make a roux.

A roux is used as a thickener. I've heard stories about lumy sauces when using a roux, but honestly? Never had it happen to me before. 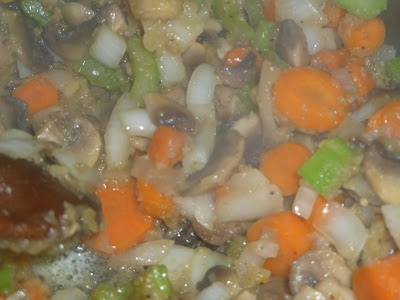 Allow the butter and flour to cook into a paste for a minute. This will cook out the "raw" taste of the flour.

However, on the flip side, you don't want to let it cook too long. The longer you cook a roux, the less thickening power it will have. 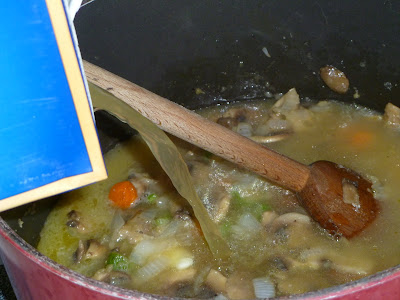 Once the roux has cooked, you can add in your liquid. I like to use chicken stock, but you could use vegetable stock or water if you wanted. 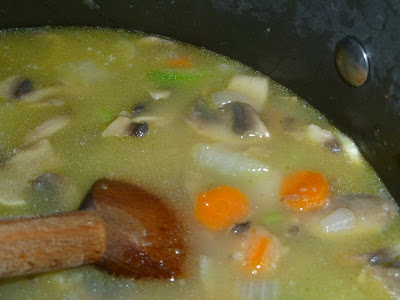 Then I add a little milk.

Do yourself a favor. Do not make creamy soups with skim milk. I've tried it. Skim milk has no fat. You might as well add water. Use at least 2 percent milk when making cream soups or sauces. 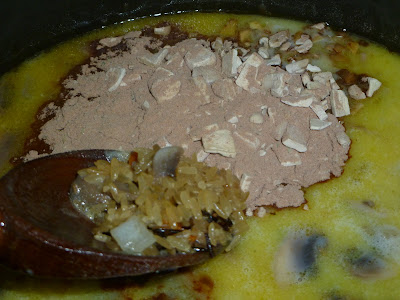 Next comes the wild rice. I use a boxed mix because it's premeasured in just the right amount, and I also like to throw in the seasoning packet. This is a mushroom and chicken flavor.

Funny story about Uncle Ben's rice. We were playing Trivial Pursuit one night and one of the questions was about the big clock in London. My husband said, "You mean, Uncle Ben?" 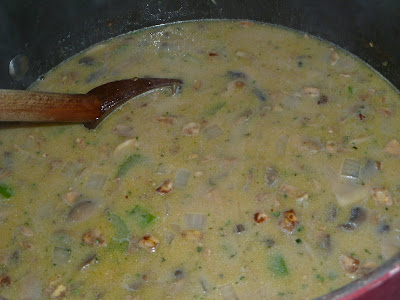 Anyway. Stir the rice to make sure it doesn't stick. Let everything boil to cook the rice. Stir occassionally to prevent the rice from sticking to the bottom of the pot. 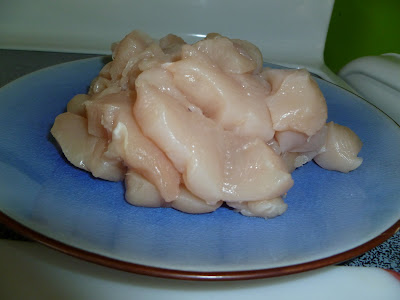 In the meantime, cube up your chicken. I bought two chicken breasts for this recipe, but they must have come from frankenchickens. They were more than 1 1 /4 pounds altogether. I ended up using one and a half breasts, and put the other half in the freezer for something else. 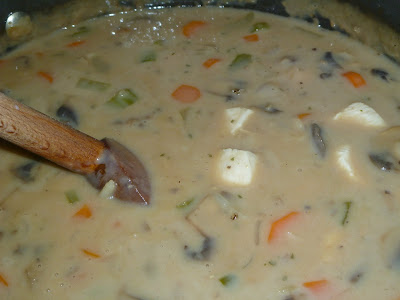 Add your chicken in. If your soup's looking a little dry, add some more liquid (milk or broth.) 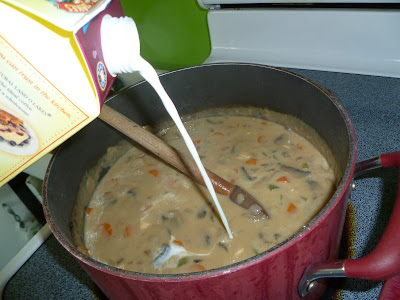 When your chicken and rice are both cooked, so is your soup. Right at the very end I like to splash in some half and half (you could do cream if you're feeling naughty.) 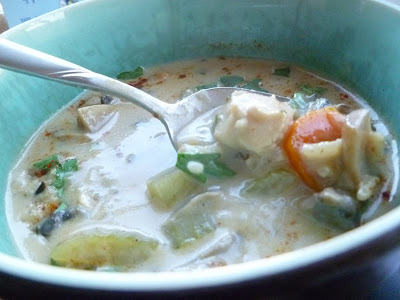 Sprinkle some parsley and maybe some paprika on top for color. This soup would be tasty by itself, better with biscuits or rolls, and heavenly in a bread bowl. You choose. All I know is that I'm going back for seconds.

1/2 c. half and half
parsley, for garnish

Chop vegetables and saute in olive oil until cooked through.

Add butter and flour to make a roux. Stir roux and allow to cook for a minute.

When rice and chicken are fully cooked, the soup is done. Add half and half right before serving and garnish with parsley.
Posted by KimChee at 7:03 PM