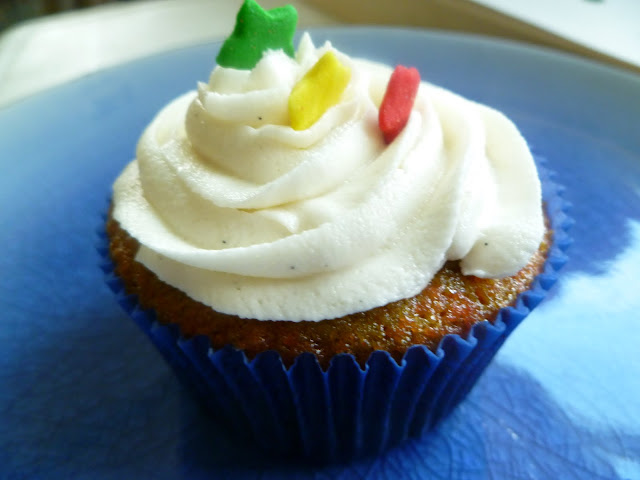 With The Kid's birthday coming up, I've been doing some searching around the Internet for ideas and inspiration. One of my Facebook friends has been very involved with making cute and fancy cakes, and she's made several with swirled colors on the inside. I started thinking, "Well, that can't be too hard, right?" I had to think on a smaller scale--cupcakes instead of cake--because with just two adults we have a hard time finishing a whole cake (and probably shouldn't be eating a whole cake anyway!) Cupcakes are a much friendlier option for a small family, since they can be foised off on coworkers. ;)

The first thing I had to do was pick a cake recipe. It seemed like everyone who made these on the Internet was using boxed mix. I won't hold it against you if you do used boxed, but from scratch tastes so much better. I always think there's something "off" with boxed cake, but I can never put my finger on it. To me, it just has a "fake" taste. I finally settled on a super easy but very, very delicious vanilla cake recipe. When you see how easy it is to make, you'll never grab a box of "just add oil and eggs" again. 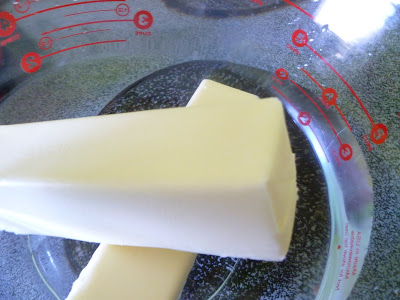 This cake starts with butter and water. 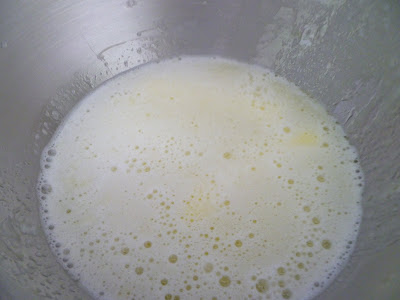 I heated them together in the microwave until the butter was melted and the water was boiling. When it was ready, I poured it into my mixing bowl. 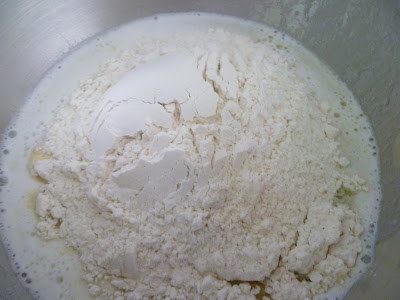 The next step is easy--all you have to do is throw in the rest of the ingredients.

The first ingredient is flour. 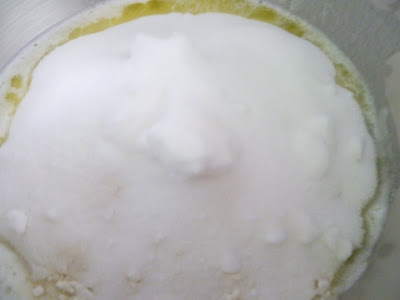 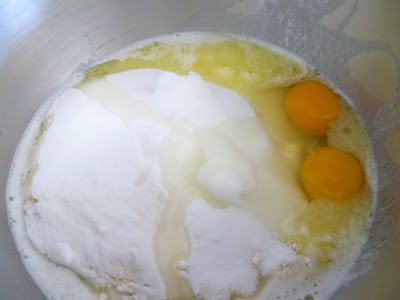 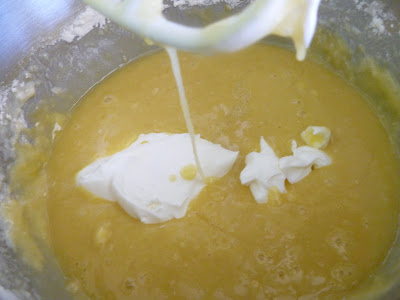 You don't have to, but I gave everything a quick mix. Then I added the next ingredient, a big hefty spoonful of sour cream. 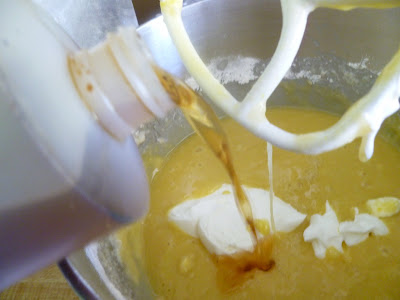 Vanilla comes after that. What kind of vanilla cake would it be without vanilla? A pretty damn boring one, that's what kind. 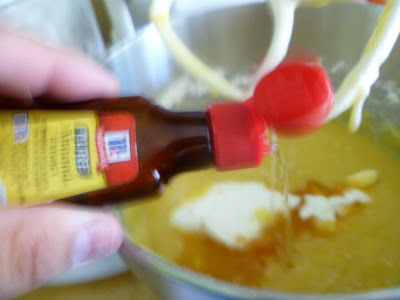 A touch of almond extract comes next. I just like the smell of almond. Use real extract, please. 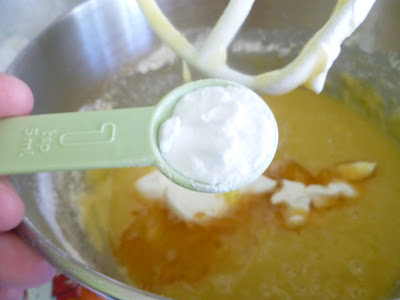 The last two ingredients are baking soda and salt. 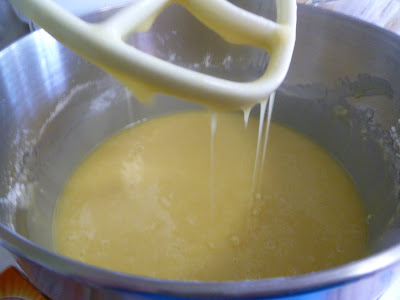 Give everything a good mix and your cake is ready to be colored! 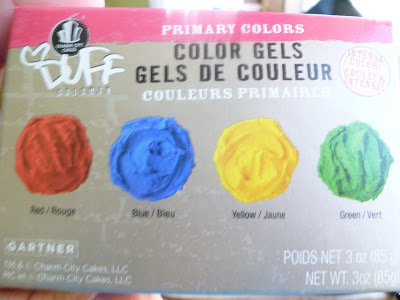 The next step is important--choosing the right kind of food coloring. For these, you'll want to use a thicker food coloring, like a gel. Using the liquid kind from the grocery store isn't going to produce the results you want, especially with the cake batter being on the thinner side.

I intended to use Wilton colors, but then I found these. Apparently the Ace of Cakes, Duff Goldman, has his own line of cake decorating products now. I was hoping to use pastels but the store seemed to be out.

These were really nice food colorings. They were gels but came in squeeze bottles. This was a great feature. The Wilton food colorings just come in a jar so I have to dip a toothpick in and scoop out the coloring that way. That means that if I'm coloring a lot of icing, I go through quite a few toothpicks because I don't want to double-dip into the coloring. And leaving lots of toothpicks covered in strong food dye around the kitchen is a mess waiting to happen. 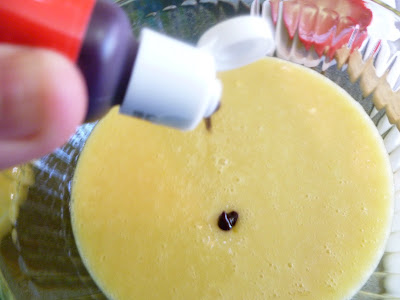 Start with one drop of food coloring and add more if you want. 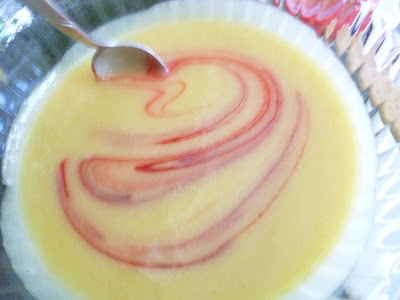 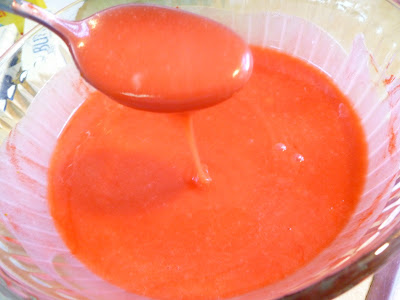 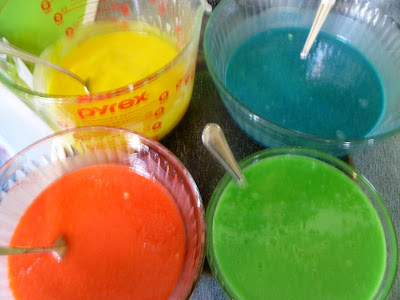 Here are the colors together!

It seemed like every dish in the house was dirty so this is my cobbled-together set of clear mixing bowls. I ended up with more blue batter than anything else. I'd guess that was because it was in the biggest bowl and so the hardest to gauge how much was left. I had the least amount of yellow. Next time I might measure more carefully so they were move even. But it didn't really matter that much. 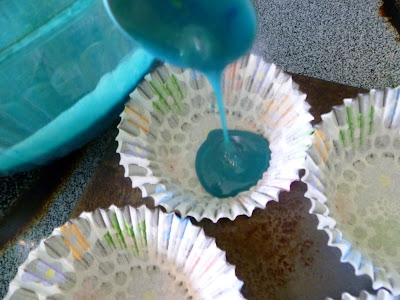 Start layering your batter in your muffin tins, one color at a time. 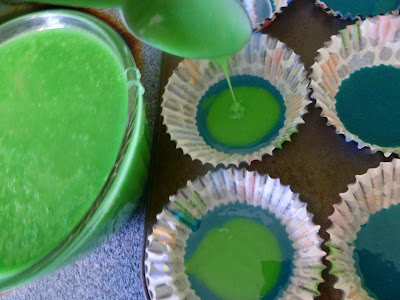 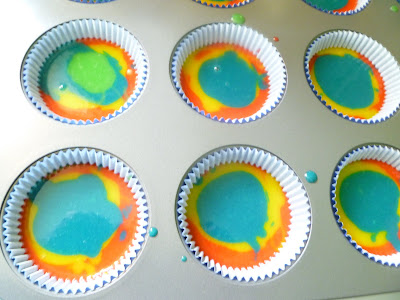 Fully filled and ready to go into the oven. 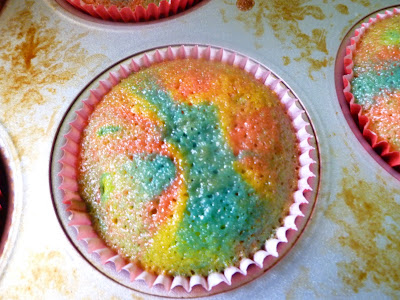 And here's what they look like when they're baked! 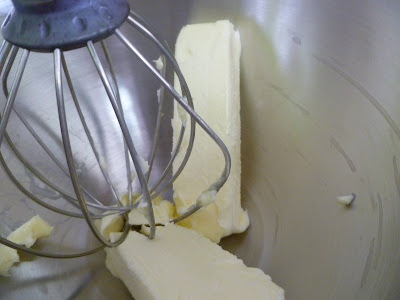 Now, what would cupcakes be without frosting?

Like the cupcakes, this is an easy recipe that tastes a thousand times better than the canned kind. It starts out with softened butter. 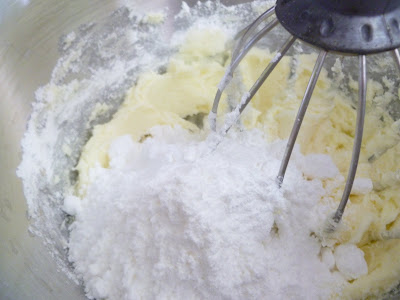 Beat the butter until it's fluffy and then add powdered sugar. 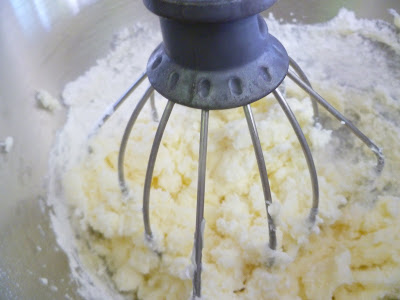 Beat for a long time, to make sure the sugar is fully dissolved and everything is light and airy. 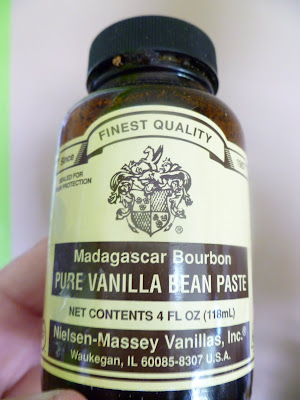 Now (as though sugar and butter could be any better) comes the secret ingredient--vanilla paste!

I told you I'd show it to you soon. 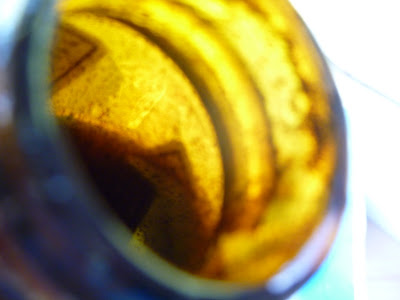 Look at those little specks. That's straight up vanilla flavor right there. 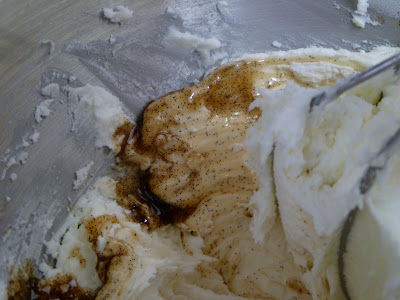 And that flavor's going straight into your frosting.

I usually just eyeball how much vanilla paste I use. I sort of feel like I'm wasting all those nummy specks that get left behind in the measuring spoon. On the flip side, I might accidentally be using more than I intend to by not measuring But at least if I waste it that way, all the specks get into my mouth and not washed away in the dishwasher. 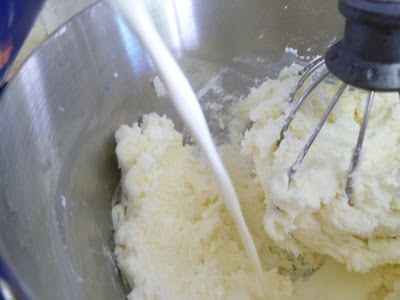 Finally, thin the frosting out to the desired consistency with some cream, half and half, or milk. 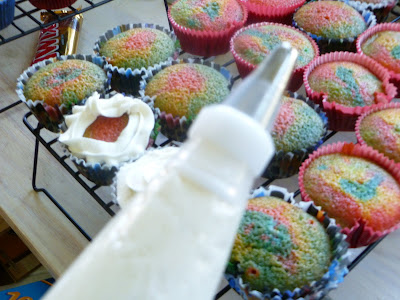 Now your frosting is ready to go on top of your colorful, cooled cupcakes.

That crazy looking cupcake on the left there is a failed experiment. I was feeling lazy and couldn't find my piping bags so I used a plastic baggie. I've done it before while frosting sugar cookies. But it did not work well at all. This frosting must be too thick for Ziplocs--my bag split and made a huge mess. So I had to break down and go on a kitchen hunt. I did find my piping bags eventually, so the day was saved. 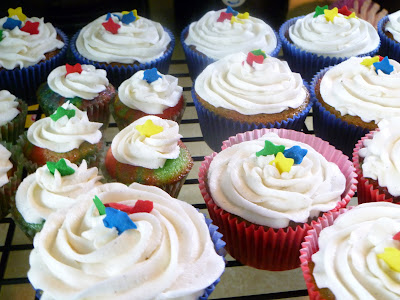 Tips, bags, and brightly-colored cupcake liners can be easily found at craft stores. They are cheap to buy, easy to use, and give impressive results!

Why yes, those are mini cupcakes. How cute are they?


Try these cupcakes the next time you're in the mood for something bright and cheery! They're perfect for birthday parties, 70's revival nights, or would be fabulous while re-watching the first season of Rainbow Brite (assuming, of course, that that product exists ... ) 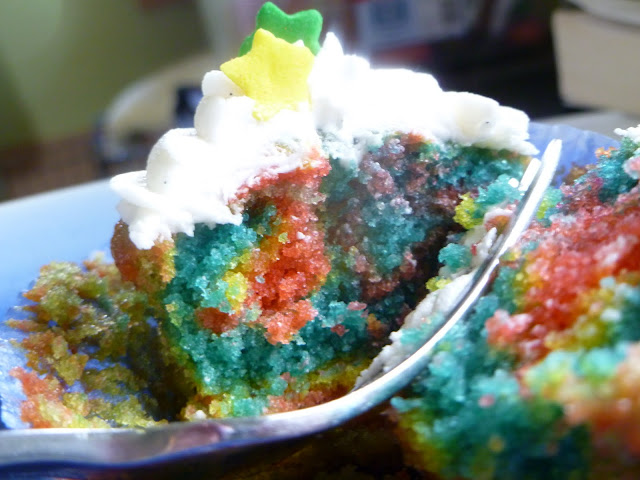 Combine water and butter together in a measuring cup or microwave safe bowl, and microwave until mixture boils.

Pour the water and butter mixture into a mixing bowl. Add remaining ingredients and beat together until combined.

Divide batter into seperate bowls, depending how many colors you want to make. Mix in food coloring one drop at a time until the desired color is achieved.

Bake at 375F for 15 minutes or until toothpick inserted into center of cupcake comes out clean.

Cream butter in a mixing bowl. Slowly add in powdered sugar until all sugar is combined and frosting is light and fluffy.

Slowly add in milk, half and half, or cream until frosting has reached desired consistency.

Frost cupcakes!
Posted by KimChee at 7:14 AM