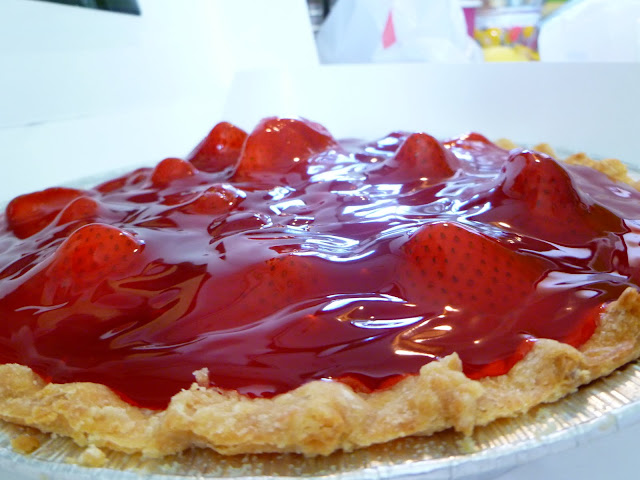 My favorite thing this week is pie! Namely, pie from the Pie Peddler. 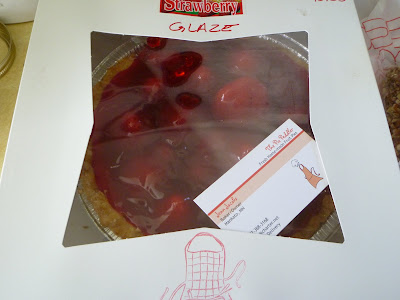 The Pie Peddler is a local woman who bakes fruit pies and sells them at the farmer's market every Saturday. These pies are to die for. But it's the crust that really makes these pies. The crust is rich, flaky, and just has something that other crusts don't. I wonder if she uses lard. It's entirely possible, they're so good.
She makes normal sized pies and mini pies. The normal sized pies come in all sorts of flavors, including cherry, peach, blueberry, and apple. She also makes them in sugar-free flavors. Sometimes she'll swirl two flavors together--today I think I saw apple swirled with cherry and peach swirled with strawberry. Other times she'll make one pie but put a strip of that delicious crust I was talking about down the middle. A different filling will go on each side of the pie, so you'll get two flavors of pie instead of one. She also makes mini pies. 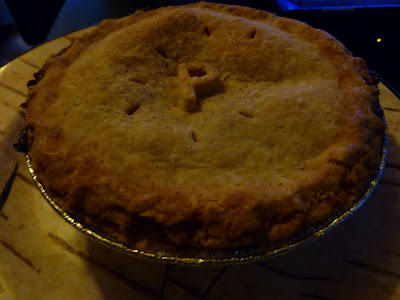 Last weekend I brought home some mini pies for the family. My husband took his blueberry pie out to eat later that evening. He said he would probably only eat a little; he wasn't that hungry.
He finished it all. He said he hadn't meant to but it was too hard to stop.
I bought myself peach. Look at the cute little letter that tells you exactly what flavor pie you're getting. 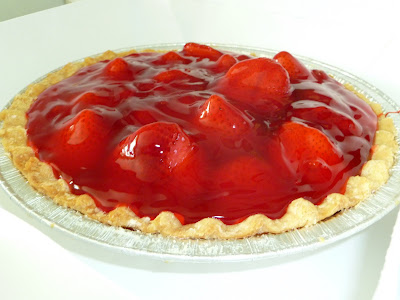 Today the Pie Peddler brought the most beautiful strawberry pie. I had already bought my husband a cherry turnover and my daughter some apple cider donuts, so I only intended on buying a mini pie for myself. Until I saw this gorgeous work of art. 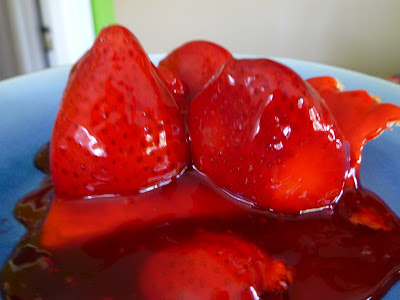 Of course, then I had to ruin the work of art by cutting myself a slice.
Is there any way to cut a piece of strawberry pie and have it still look like strawberry pie? 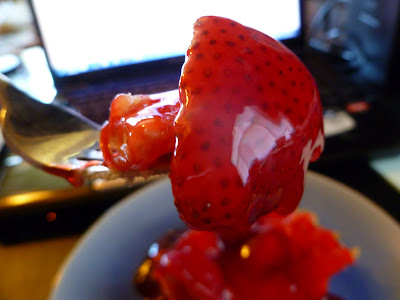 I don't care. It was still delicious.
Posted by KimChee at 7:37 AM