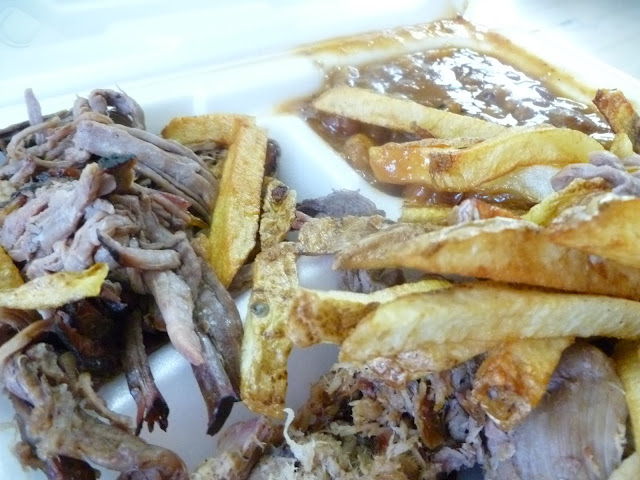 If you know me at all, you'll know that I love me some BBQ. We had Roscoe's Root Beer and Ribs cater our rehearsal dinner and I grew up on the thick, sweet sauce and meaty french fries at the now apparently defunct Nick's Ribs (formerly of Rochester, then of Lanesboro.) We fed guests at my husband's last milestone birthday party with Lone Wolf BBQ. So yeah. We love our smoked meat.
We got lucky when ToKen BBQ decided to open up in Mapleton, MN. Not only are the people amazing, so is the food. And they do breakfast, lunch, and dinner. ToKen was named the 3rd best BBQ restaurant in Minnesota in July by Minnesota Monthly. Definitely earned. 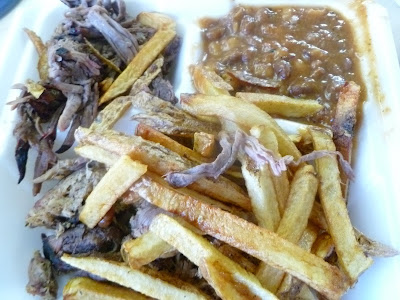 We're pretty predictable so tend to stick with the things we like. But I think we've had a fair share of their dinner menu. Their ribs are good but it's their pulled meat I can't stay away from. I can never decide between the two meat combo with pulled pork and brisket (their smoked wings are also an option) or the barbecued chicken, both with a scoop of baked beans and a side of fries. This time I went with the two meat combo (the pork is hiding under the fries.) 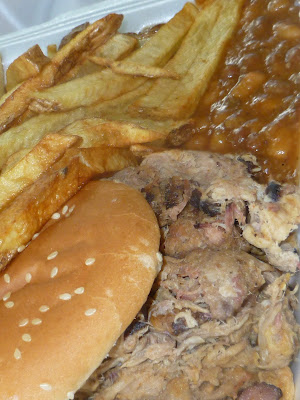 My husband switches between the Sammie (a half pound of pulled pork) and the ToKen burger, a burger topped with pulled pork.
They also serve a mean steak. ToKen was the place that inspired my whisky-marinated steak recipe. Twice a month, they smoke a big prime rib as the nightly special. I haven't had the joy of trying it yet--we usually order from ToKen on Thursdays, and the prime rib is always on Saturday. I've heard good things, though. 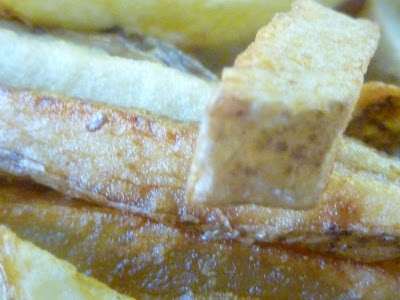 Not only do they have lots of great smoked dry-rubbed meat, they also have lots of great sauces (if you're a sauce person.) I keep it simple with their mild sauce, but they also have spicy, white, and peach. I like to dip my fries into the spicy.
And they make a mean buffalo turd.
Never had a buffalo turd? Neither had I. But now I put in an order with every ToKen meal. 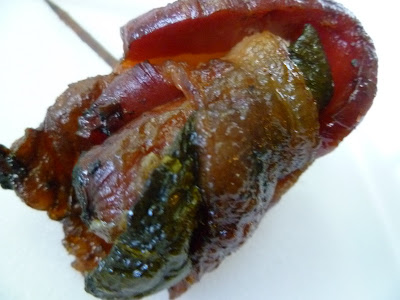 The buffalo turd is half a jalapeno, stuffed with cream cheese and a cocktail weiner. Then it's wrapped in thick-cut bacon, sprinkled with their dry rub, and smoked.
Oh. My. Gosh. Soo good.
But then, what isn't good when wrapped in bacon? 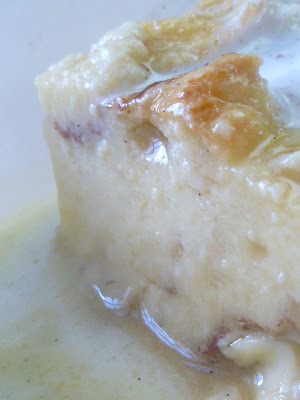 If you're still hungry after that, there's no better way to stuff yourself to oblivion than with their bread pudding.
Ever had leftover cinnamon rolls that you didn't know what to do with?
ToKen makes them into bread pudding. The most luscious, custardy bread pudding I've ever had. And it's served with a creamy vanilla bean sauce.

If you're more a breakfast person, don't be shy. The breakfast offerings are just as amazing.
Pictured here is the "Dr. Robert." It's a potato hash with, get this, their fabulous smoked brisket. I told you I was addicted to it. Who would have thought brisket for breakfast could be so good.
And those hash browns in the background are something special. Super crispy on the outside, yet soft and buttery on the inside. I was not a hash brown person until I ate the browns at ToKen. I only wish they offered them with dinner too! (But then, how would I decide between browns and fries? It might be impossible...)
If you're ever in southern MN, come give ToKen a try. They have people drive in regularly from the Twin Cities, just for a taste of their smoked meats. Come see what the fuss is about. Say hi to Tony, the "face man" of the operation (he's the dude with the crew cut.) Order a plate of turds, a slab of ribs, and don't forget the bread pudding. And prepare to become a regular customer!
Posted by KimChee at 9:46 AM