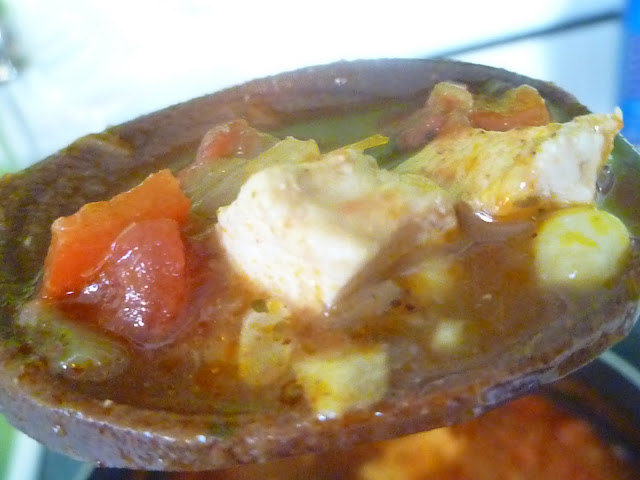 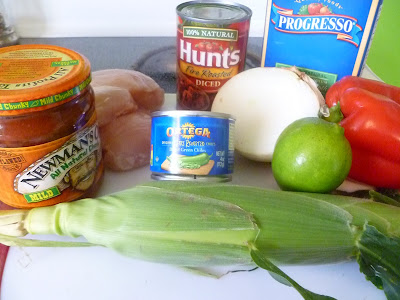 I forgot to photograph the garlic. Pretend there's garlic. 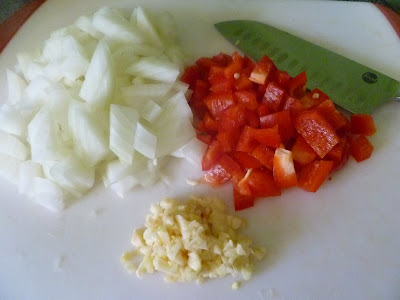 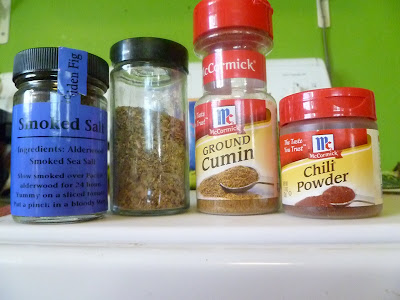 Get the peppers, onions, and garlic sauteeing in some olive oil. You can get your spices ready in the meantime. 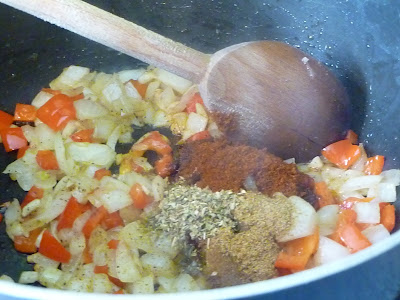 Once the peppers, onions, and garlic are softened, throw in the spices and give everything a good stir. 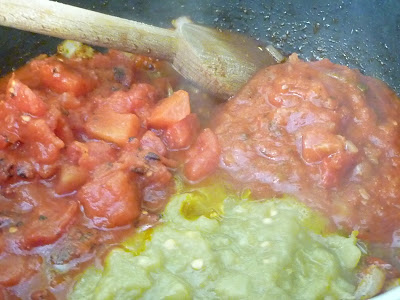 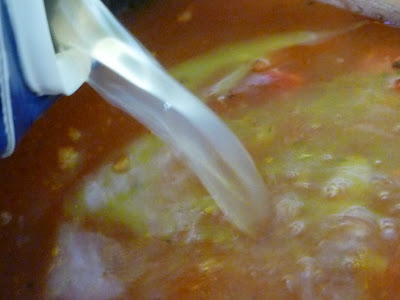 It's a soup, so there ought to be broth, too. This is chicken broth. 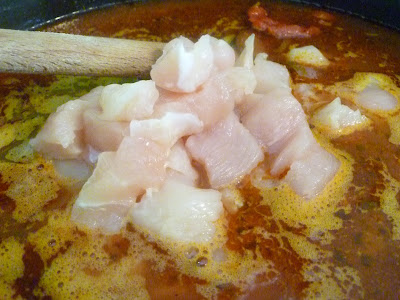 Diced chicken is the protein of the soup. Sometimes I like to add pasta or beans to make it heartier, but I skipped those today.


I did, however, add corn. It's the end of the summer and there's not much time left to enjoy fresh corn. 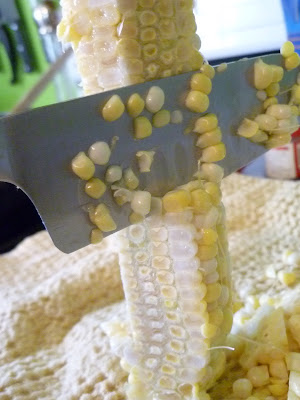 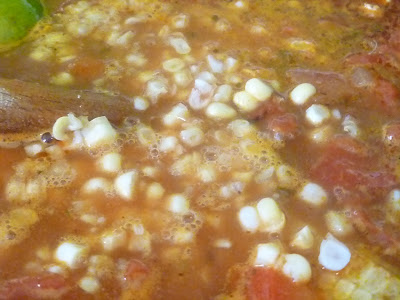 The kernels go right into the soup. 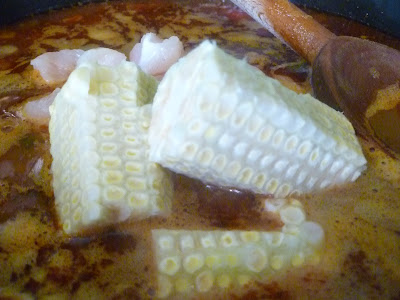 When I'm done cutting the kernels off, I like to use the flat side of the knife to extract the little bits of corn and the corn's milk still left inside. And I add the cob into the soup to add more corn flavor. 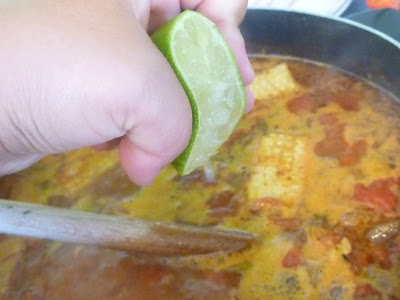 The last thing I do is squeeze the juice from half a lime. 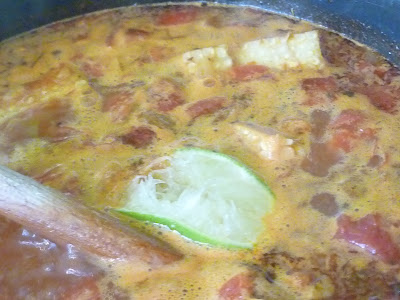 The lime gets to soak in the soup, too. 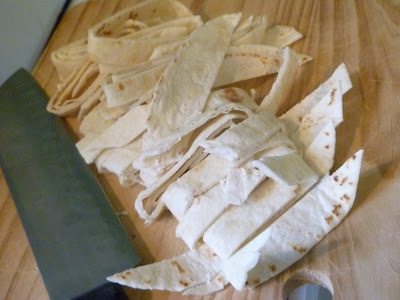 Now, while the chicken and corn are cooking, you can start on your toppings. First (and most important) are the tortillas.

I roll up two or three tortillas and cut them into strips. 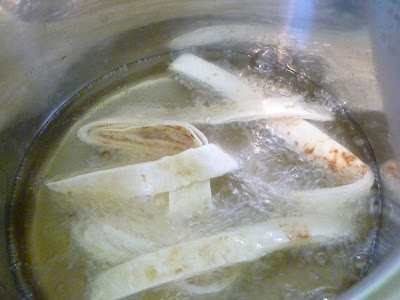 Then they get fried in oil. You really don't need much oil at all. This is maybe a half inch.You just want to crisp them up a little. 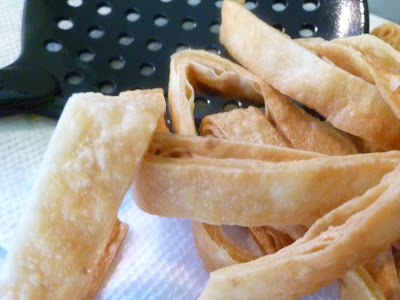 Fry them until they are golden brown and crisp. Give them a sprinkle of salt right out of the oil. 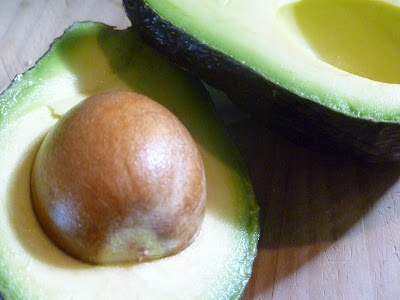 Now for the rest of the toppings. One of my favorite toppings for tex-mex food is avocado.

Some people are put off by avocado because they don't know how to approach it. But it's really quite easy to work with. 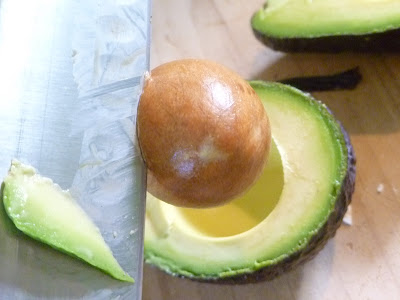 After cutting your avocado in half, gently tap the blade of your knife into the seed. The knife should grab the seed and pop it right out. 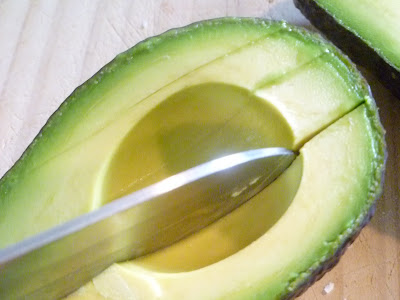 Next, score the avocado the long way across. Try to get as close to the avocado's skin as you can--but avoid cutting your own skin! 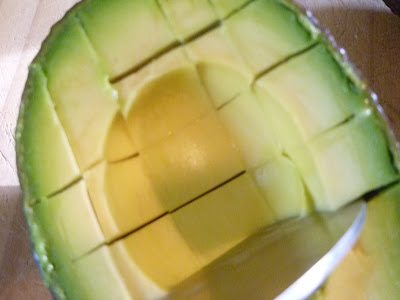 Now slice the other way. You'll have some nice green cubes when you're done. 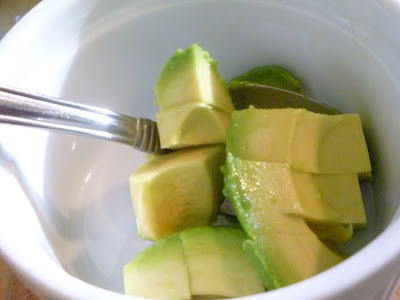 Scoop the avocado meat out with a spoon. If you're not going to eat it right away, be sure to toss the meat in something acidic to keep it from browning. 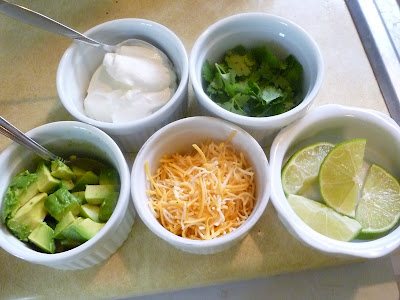 Here are the rest of my soup condiments. Sour cream, cilantro, avocado, shredded cheese, and lime. You could also use some of the leftover salsa.


Don't be afraid to spice up your next meal with this tortilla soup. 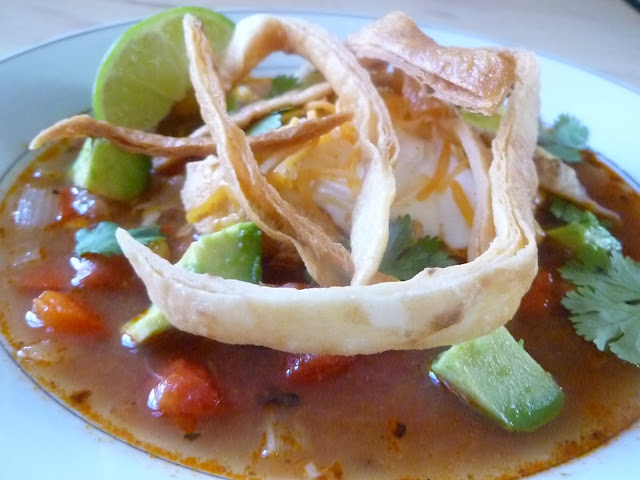 
Saute onion, peppers, and garlic in some olive oil in a large pan.

When vegetables are softened, add in spices and stir to combine.

While soup is cooking, fry tortilla strips in oil until crisp.

When chicken has cooked, serve the soup. Top with fried tortilla strips and other toppings.
Posted by KimChee at 8:10 AM