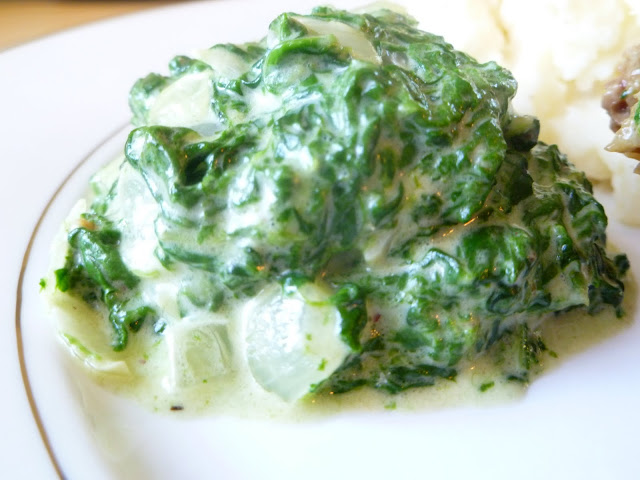 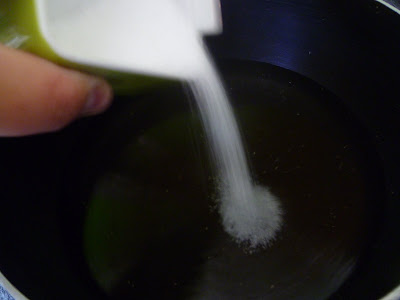 The recipe starts with some heavily salted water in a pot. Make sure it's a deep pot, you've got a lot of spinach to fit in. 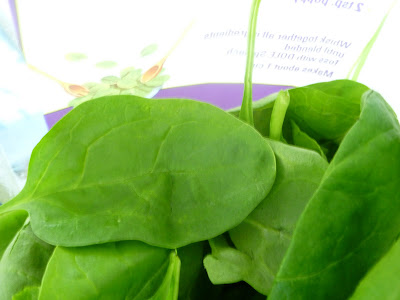 Here's some yummy spinach. I like those bags of salad mix; spinach can be kind of dirty and grabbing the bag mix saves you the work of having to rinse your spinach leaves. 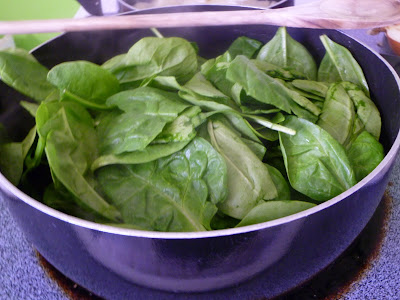 Toss the spinach leaves in to your pot of salted, boiling water. It looks like a lot of  spinach but will shrink down to barely anything. A 1-pound bag was the perfect amount for our small family, but it really didn't make very much so if you've got more than two or three adults, I would recommend using more. 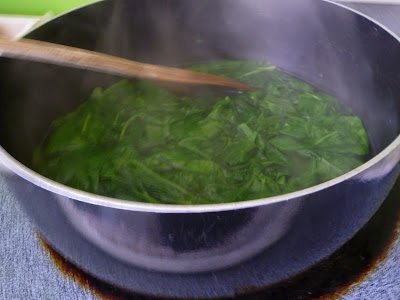 See? The volume really decreases as the spinach wilts down. 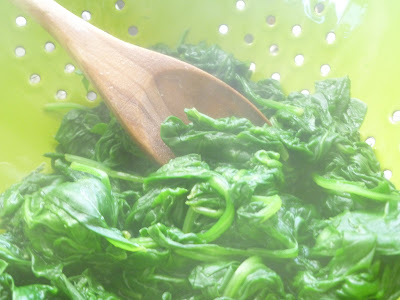 Once the spinach has wilted, it's time to squeeze out all the water. I just drain it in a colander. 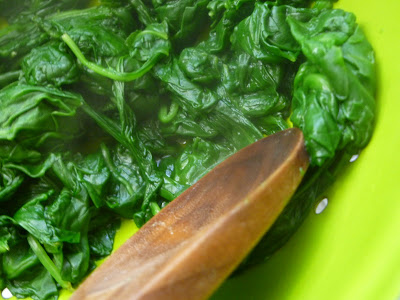 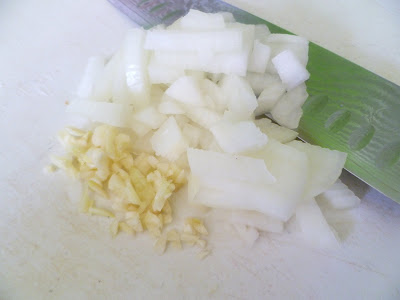 While your spinach drains, chop up some onion and garlic. 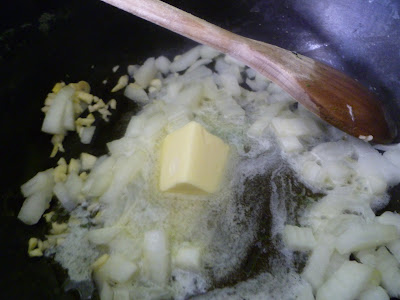 Saute the onion and garlic in a big ol' knob of butter. I used the same pot that I used to boil the spinach. 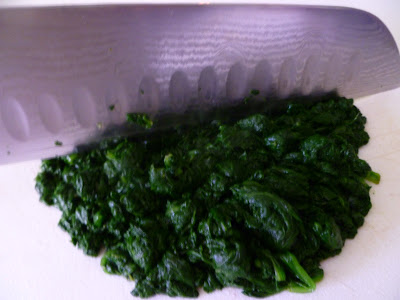 While the onions are softening, take your drained spinach out of your colander. I like to pick it up with a paper towel and blot it before putting it on the cutting board. 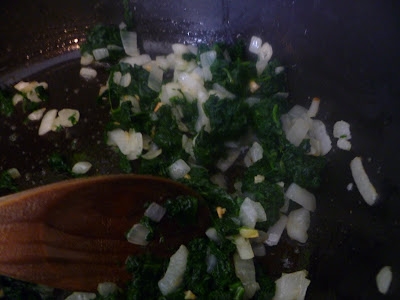 Once your onions are soft and your spinach chopped, put the spinach into the pot. 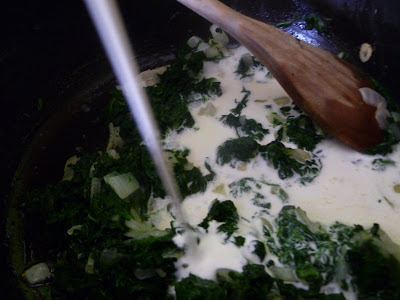 Now it's time for the cream. It is creamed spinach, after all. 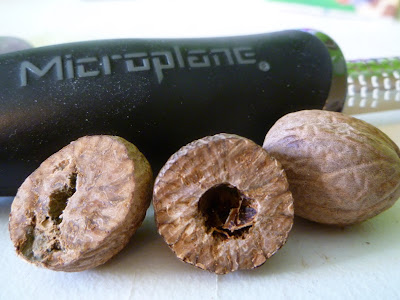 Now for the secret ingredient.

Okay, it's not so secret. It's an ingredient in probably every creamed spinach recipe ever.

But that just means it's a very, very important ingredient.

Nutmeg is a great flavor enhancer for green, leafy vegetables. It complements the rich, earthy flavor of the vegetables. And it tastes its best when freshly grated!


Serve with your next homestyle meal. It's the perfect side dish to pork chops, meatloaf, or fried chicken! And it's nearly healthy--look at all that green! Just pretend the step about adding cream was imaginary ;) If you do that, it's almost like you're eating a salad! ... almost. 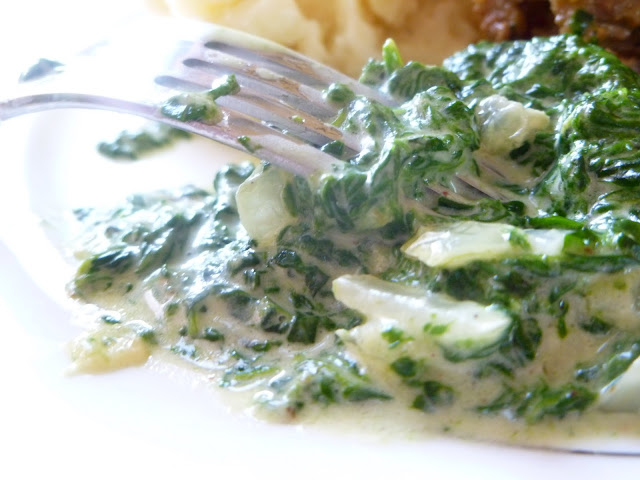 Bring a pot filled with two inches of heavily salted water to a boil. Add spinach and cook until wilted. Drain spinach in colander and squeeze as much water out of the leaves as possible.

Saute the onion and garlic in butter in the now-empty pot.

Thoroughly chop spinach and add to onion and garlic.

Turn heat down and add cream. Stir everything to combine.

Salt and pepper to taste, and grate in nutmeg. Serve while hot!
Posted by KimChee at 9:13 AM

Email ThisBlogThis!Share to TwitterShare to FacebookShare to Pinterest
Labels: side dish, vegetable